Everyone has their own definition of Ausome.  This is what our Ausome looks like.

When Julen was born and during his toddler years, he hit all the benchmarks for early childhood development.  There were no huge red flags, until he started preschool at age 3. At that time, the teachers expressed concern about his speech delay.  This was the beginning of labels and limitations for our son Julen.  Throughout his grade school years we worked within the system to keep him integrated into the neurotypical classroom, with resource help for math and reading.  We worked closely with our small-town school and community to develop and maintain his IEP (Individualized Education Plan).

We have always wanted to expose Julen to life on life’s terms. He has always played sports (he has been skiing since age 3 and is currently on the race team), been included in birthday parties, has had a very social and active family life, traveled and attended school in Spain. However, he has also been excluded by friends, judged by teachers and shunned by peers. At home, Julen has household chores, is rewarded for his achievements and given consequences for inappropriate choices.

Our reality is constantly changing and we face new challenges every day with each phase of Julen’s development. A poignant moment for me happened in elementary school during one of his IEP meetings when I was told by his homeroom teacher, "With the proper training, Julen might be able to be a bagger at a grocery store someday.”  I can remember going home and telling my husband what she had said, and from that moment on we were determined not to define him by any label or limitation that other people were placing on him.  This journey became not about what he cannot do, but about what he can do and finding a way to make that happen.  We had to push even harder to be an advocate for our son, providing him with opportunity and hope, rather than labels and limitations.  It became our goal to have normal expectations of him and encourage him to go beyond those boundaries. There is a plan for Julen and it includes acceptance of his reality, understanding, and patience as we navigate this journey so he can fulfill who he is to become in this life.

Another defining moment in our journey happened in middle school when our family had to make a move across the country, leaving behind our family and our small-town school and community, both major parts of our support system. School in our new town was huge (1200 students); however, he was given the opportunity to be in the Special Day Class with 10 students and 2 teachers. It started off very positively, because Julen is generally a very conscientious, friendly and well-mannered boy. He is a rule follower and a people pleaser. Several months into his new school, we began to get mixed messages about inappropriate behavior, disruptions in class and Julen’s inability to do the assigned work. It escalated quickly and I seemed to be speaking with his teacher several times a week. Even though many of the reports about his behavior seemed inconsistent with the Julen that I know, I tried to give the teachers the benefit of the doubt, but Julen was not fitting into the “mold” the teacher had designed for her classroom. This culminated in a meeting with administrators, where the people who should have been advocating for him did not speak up (literally, did not talk in the meeting), and the decision makers who were present recommended that Julen be placed at a different school. I agreed to go and look at the new school and keep an open mind. When I saw the classroom, I thought for sure they were mistaken. The children that made up this class were confined to wheelchairs, being fed through bottles and, for the most part, non-verbal. I really felt that this would destroy Julen’s self-esteem and motivation and could not understand how the administration could even offer this as a solution. I was at a dead end.

Refusing to accept this recommendation, feeling that this placement would be a mistake for him, we started to look for other places for Julen to get his education. The week before school started, I made a phone call on a recommendation from one of Julen’s therapists. I met with the director of a progressive educational center that provides a safe, structured, educational environment serving the needs of students with Asperger Syndrome, high-functioning Autism, and language and learning disabilities. Finding this school at this time in Julen's life was exactly what we needed!

As Julen gets older, we are thinking strongly about his future. We have always believed that he would find something that he loves and that he has a passion about. In helping him find his path in life, we realized that food and its preparation was a special passion for him. He is not only a great eater, but enjoys experimenting with different flavors. I give Julen tasks in the kitchen while I am preparing dinner and over the past few years have noticed a trend: he is really good at making our sauces. We have given him the nickname “saucière,” and he wears it proudly. Creating “Julen’s Ausome Sauce” is an opportunity for Julen to shine, to raise awareness and to give inspiration and hope to others.

We know that we have been given Julen and that he is perfect because God does not make mistakes. There is a plan for him and we have been entrusted with his care and keeping and helping him to reach his fullest potential in this life. Part of that means, that although we have to accept the reality of his true limitations, THEY DO NOT DEFINE HIM.

Just as the word Ausome is broad in meaning and open for debate and interpretation, so are those kids who are on the Autism spectrum.  Each one is unique. Each one has something to offer. Each of us can learn from them. Find their AUSOME! 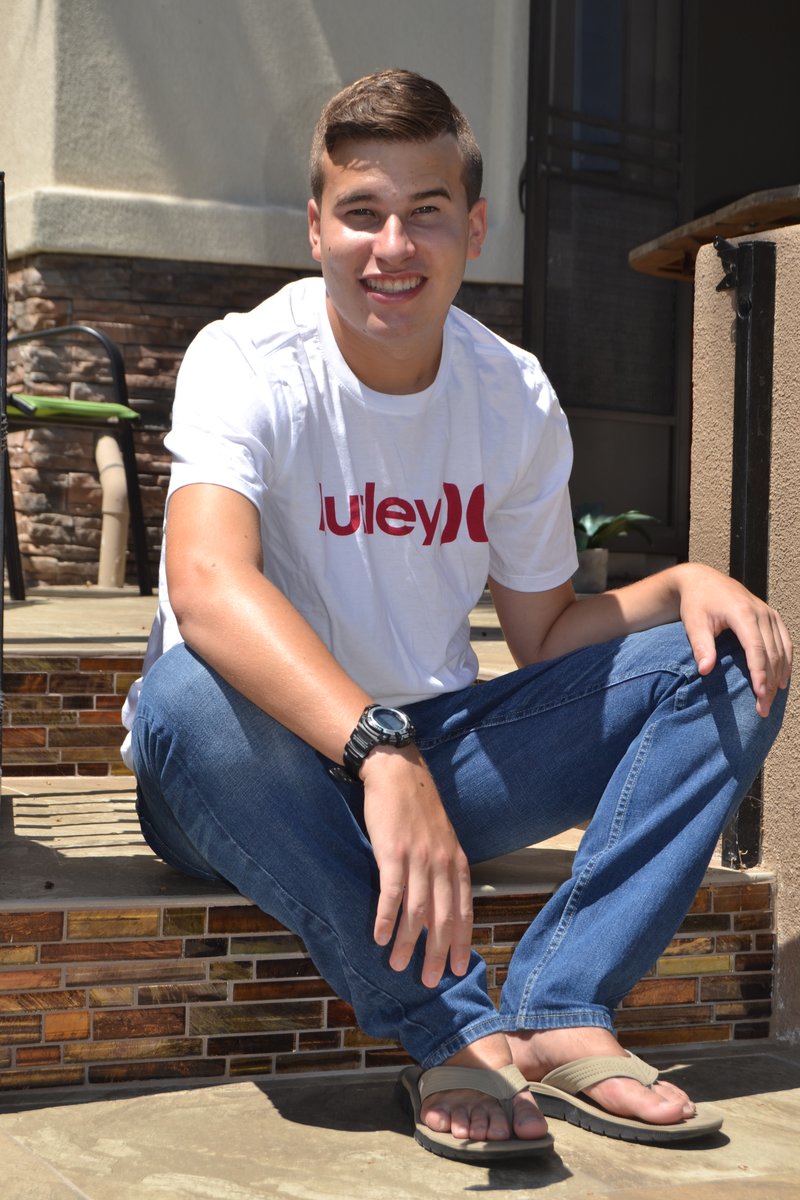